Hannah is an experienced professional who played on the Ladies’ European Tour between 2010 and 2016 with a best finish of tied 3rd in Slovakia.

During this period Hanna found herself increasingly in demand as a coach and has built up a strong client base ever since.

Hannah’s current clients include two Ladies who represent the England Senior team, of whom one won the British Amateur Championship and the other narrowly finished runner up in various England Senior Women’s competitions. Other clients include Sussex Ladies Champions and both Men and Ladies who have reduced their handicaps and won trophies since working with Hannah. She is also Team Coach for the Sussex Ladies’ First Team.

Here at Cowdray Golf Hannah coaches a considerable number of both Ladies and Men of all abilities and also runs Junior sessions.

Hannah is passionate about coaching every client to their individual needs. In addition to improving technical skills Hannah sees her role as helping with a player’s mental attitude which is so crucial to golfers at all levels.

Hannah has lived in Easebourne, West Sussex all her life. She was the only one of three sisters to show an interest in golf.

She was taken up to Cowdray Park G.C when she was eight years old by her Dad, who plays golf himself and has been member at Cowdray for over 35 years. She had her first lesson with the Teaching Pro at the time, Richard Gough, who told her Dad that ‘she can go all the way’.

Hannah got her first handicap of 45 in Feb 1998 when she was nearly ten years old and came down 19 shots in that year.

Hannah has always been very sporty, playing most sports to a good level including football and stoolball. Golf was her first love and her schools recognised her talent by allowing her to participate in the amateur competitions as long as she kept up her good work!

Hannah left school after her GCSE’s to concentrate on golf full time, eventually taking on a part-time job but still continuing to focus on her golf by playing in many tournaments across the country and representing her County, both successfully.

She was taught by Keith Macdonald at Goodwood for a while and then for a few years by her Uncle Glenn Ralph, then by Katie Dawkins at Cowdray Park for a couple of years. Hannah also works with Karen Francis, a Performance Mental Coach.

Hannah coached Golf to International Students at Seaford College during the Summer of 2012 and also coaches Junior Boys and Girls at Cowdray Park. 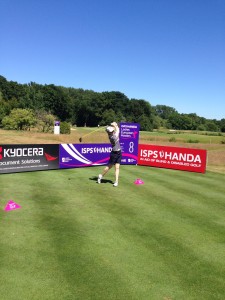 2010 –  Rookie season on the Ladies European Tour. Cuts made in New Zealand, Turkey and Finland. A few more missed by one or two shots.

Weekend spent at Golf Live – some putting and short game tips given to the public. Also, learnt a lot from other top Putting Instructors.
A day spent ON the Putting Green at Wentworth watching and learning from the top male Pro’s and speaking to highly regarded teaching Pro’s at Wentworth, during the Men’s European Tour BMW Championship.

2013 – Winner of the WPGA International Challenge at Stoke by Nayland – tournament review
Qualified for Ladies European Tour for 2014, via qualifying school in Morocco – more about q-school in Morocco

2014/15 – Played on Ladies European tour including a tied-3rd finish in Solvakia. See the Tournament archive of events. 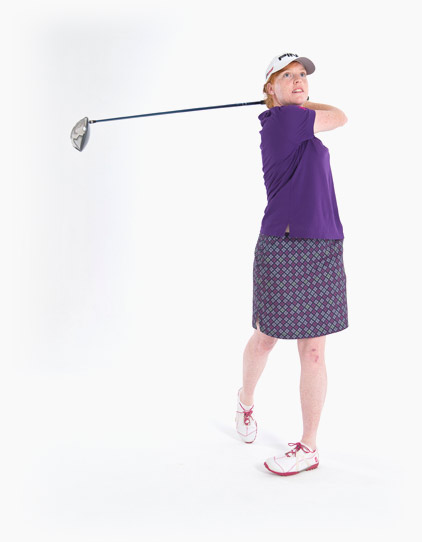