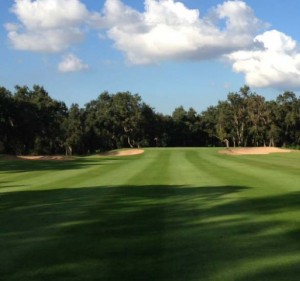 I played in another Access tournament in Crete, 26-28th October. It was my first time to Crete and wow, what a stunning place! I stayed in an apartment with two friends of mine that had an amazing panoramic view of the Sea and the Mountains!
We played a practice round which was needed more than ever. The course was basically on the side of a Mountain and it’s incredible how they actually build a course like they have.
It was really tough and tight… Half blind shots at times and not very big landing areas off tees. The fairways and greens were burnt in places but still playable. It was though a fair test which was great.

I shot +2 the first round. My first 9 consisted of 9 pars and then I got to 1 under before a disappointing finish but the 7th, 8th and 9th holes were tough!!

Second round I shot +4. Again, it was a steady round apart from the two doubles I had. One was due to a poor tee shot and the other down to a mis-club on my second shot… It flew everything and got stuck on the rocks!

I made the cut on the mark which was pleasing…

The final round I shot level par. I played the best I had so far and had 3/4 birdie opportunities but unfortunately, they didn’t drop. I feel like I deserved to hole at least a couple but it wasn’t to be. Still, I moved up 11 places on the leader board and was happy with that.
A good week overall and I can take away a lot of positives as well things to improve.

I’d definitely go back to Crete next year and play in the tournament again. When playing the course, it was like it was just you and the other girls out there. So peaceful and surreal.
The weather helped too!!

Next up is the final Access tournament for me in Spain. 18-20th November.
I’m really looking forward to getting out there and having more quality practice and preparation for Tour School.